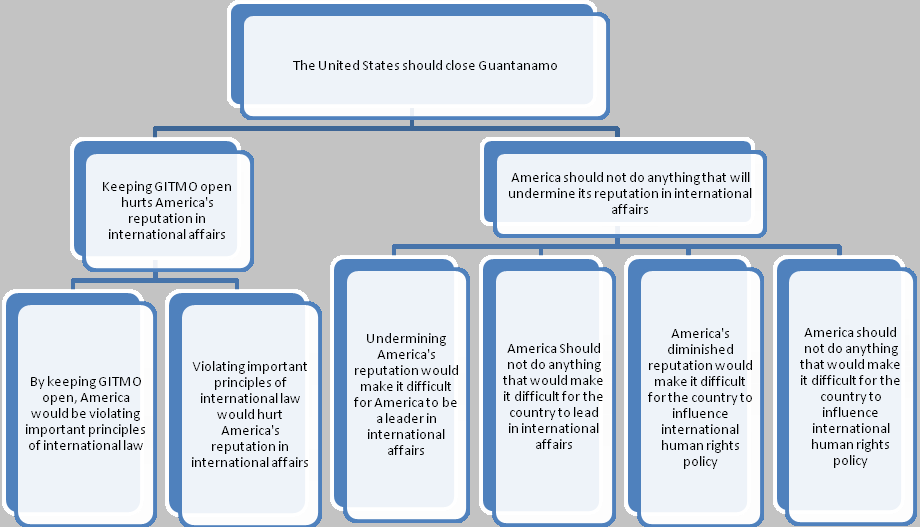 Difference between an argument and an explanation

People sometimes have a difficult time distinguishing between an argument and an explanation. The former is a combination of assertions supporting a central claim; the latter is a description of the circumstances or an interpretation of given information. Thus, one cannot use an explanation to support a claim. For instance, one might say that the increase in teen pregnancy in the US can be explained by the permissive media culture, willingness to take risks in sexual relations, or moral decline. Although these explanations are certainly interesting and may even be true, they are not evidence. One would need to go further and try to provide some sort of empirical evidence to support the claim.

Polish some of the research skills that will be necessary for research, writing, and presentation across multiple academic disciplines.