A guide to Sewanee's faculty publications. 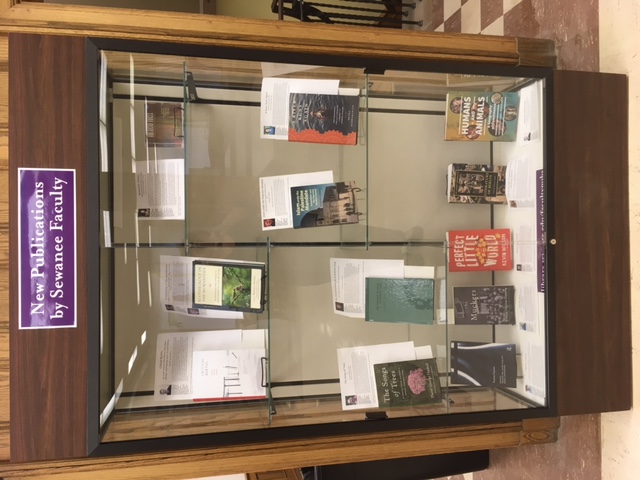 The Library celebrates and promotes the scholarly publications of Sewanee's faculty. We collect two copies of each book or media item – one for the circulating collection and one to keep in Archives as a preservation copy. The Archives copy is displayed in the glass case in the main lobby and we also place a circulating copy of each book on the adjacent open shelves for check-out. We collect one copy of each article for the Archives.

Please bring us copies of your new publications so we can include them. If you do not have a copy to give us, please fill out this form so we can purchase copies.

If you would like to send us a list of all of your publications (in citation form) or make corrections or additions to your listing, please email us.