"Manipulation of information to influence public opinion. The term comes from Congregatio de Propaganda Fide (Congregation for the Propagation of the Faith), a missionary organization established by the pope in 1622. Propagandists emphasize the elements of information that support their position and deemphasize or exclude those that do not. Misleading statements and even lies may be used to create the desired effect in the public audience. Lobbying, advertising, and missionary activity are all forms of propaganda, but the term is most commonly used in the political arena. Prior to the 20th century, pictures and the written media were the principal instruments of propaganda; radio, television, motion pictures, and the Internet later joined their ranks. Authoritarian and totalitarian regimes use propaganda to win and keep the support of the populace. In wartime, propaganda directed by a country at its own civilian population and military forces can boost morale; propaganda aimed at the enemy is an element of psychological warfare."

7 Propaganda Techniques Used on You Every Day 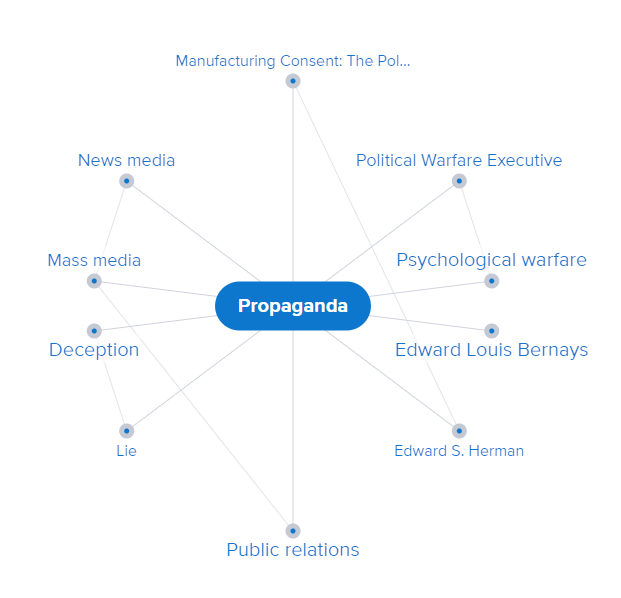