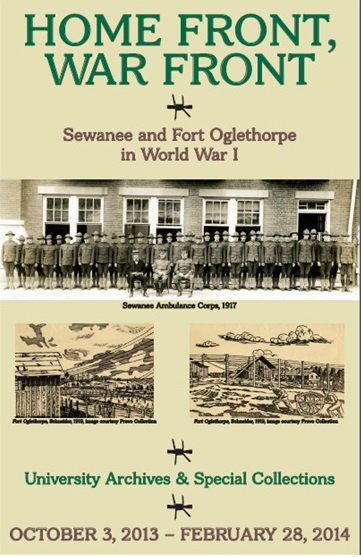 The exhibit was on view from October 3, 2013 until February 28, 2014 in the University Archives and Special Collections building on on the campus of the University of the South.