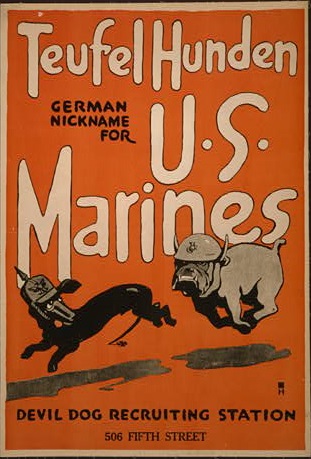 Although anti-German sentiment existed before the war, prejudice against Germans in the U.S. grew at an alarming speed after 1914. Before 1917, the American public was not particularly concerned about the war; isolationism not only characterized U.S. foreign policy but also the minds of millions of Americans who did not know or care much about what was happening in Europe. While most people and newspapers were neutral or slightly pro-British during this time, pro-German voices could also be heard in the press and the general public. However, with the increasing number of war-related incidents, anti-German sentiment steadily grew. Nothing fuelled anti-German sentiment as much as the sinking of the British ocean liner Lusitania on May 7, 1915, an event which British and American propagandists pointed to as incontrovertible proof of German brutality. The incident caused a huge uproar in the U.S. and solidified anti-German sentiment in the public.

The escalating distrust and hatred of all things German had a deeply negative impact on a large number of American residents and citizens. According to the 1910 Census, of the 92 million people living in the U.S., 8.6 million were of German birth or parentage, and a large number of them still held on strongly to the German language and traditions. There were significant German populations in Cincinnati, St. Louis, and Milwaukee, 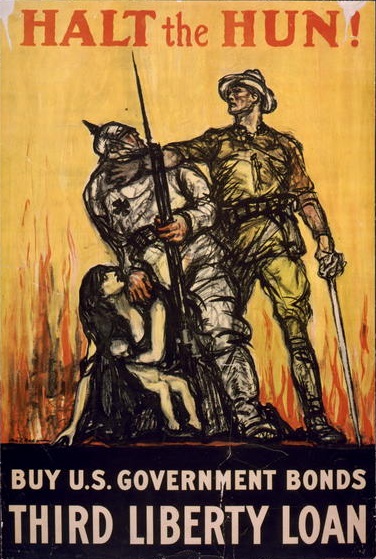 and an incredible number of German-language publications were circulated.

In light of the backlash against them, German Americans tried to protect a culture that blended two national traditions; in the words of a popular saying at the time, “Germany is my mother; America my bride.” No longer able to keep both allegiances, German Americans were not only required to prove their unfailing, singular loyalty to America, but it was the duty of every American citizen to hate Germany, and by extension, Germans.  An extensive propaganda attack, including posters, pamphlets, articles, and books, targeted German Americans and German citizens, labeling them a threat to European civilization and the American values of peace, democracy, and liberty. The media often referred to the Germans as “Huns,” after the barbaric hoards of Asian warriors who had ravaged the Roman Empire. Germans were portrayed as aggressive, materialistic, savage and uncivilized, and Germans living in the U.S. were frequently accused of creating an extensive propaganda machine and an elaborate espionage system.

The Germans never fully understood that the effective propaganda against them capitalized on emotions, immediately understood terms, and vague ideas. Through this mechanism, the German voice was silenced for the rest of the war and, to a certain extent, beyond. The concert halls stopped playing the music of German composers. German language programs were banned in high schools, along with German-language church services and publications. Books were burned, German dogs were slaughtered, and many food items were rechristened (for instance, sauerkraut was officially re-dubbed “liberty cabbage”). Germans and German Americans also felt the change in small, personal incidents. In some instances, “hand-shakes became less friendly than they used to be,” but many were publicly assaulted, tarred and feathered, or even lynched.